“We have a responsibility to help those around us and help others in need.” 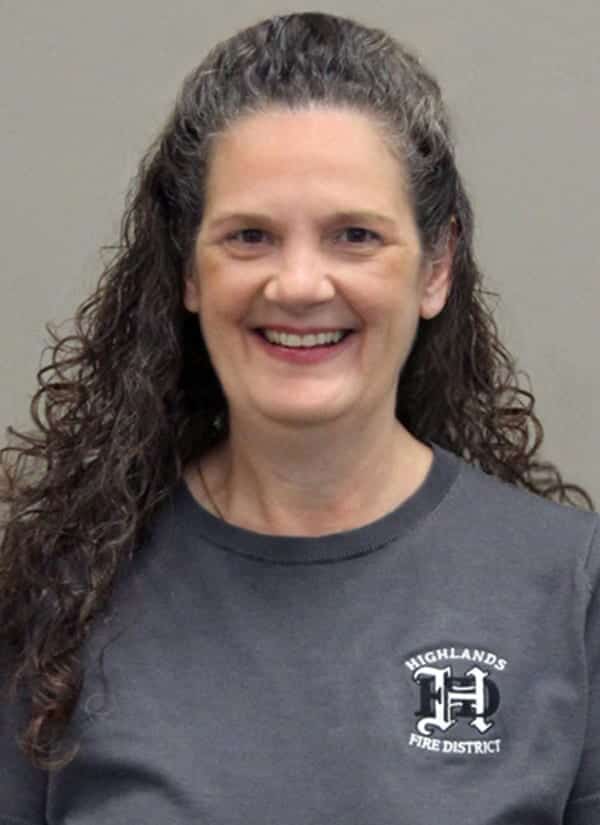 Jayme administers the District’s Human Resources, Benefits, and Records Management as well as providing administrative support for Chief Officers and the Fire Board. Under the direction of Chief Foreman, Jayme produces HR policies, Board meeting minutes, legal notices, the Strategic Plan, and other publications. In addition, she handles central records, public information requests, the website, and other administrative support responsibilities.

The Arizona State Retirement System (ASRS) has provided retirement security to Arizona’s public servants, including teachers, municipal workers and other government employees for more than 50 years. The ASRS proudly serves more than a half-million members, including more than 100,000 retired members.

Public Safety Personnel Retirement System (PSPRS) provides a statewide retirement system for public safety personnel (municipal firemen and policemen, employees of the Arizona Highway Patrol, and other public safety personnel) who are employed by the state of Arizona or a political subdivision. The PSPRS is funded through cost-sharing contributions from the member and member’s employer, which provides a defined benefit and defined contribution plans.

Pursuant to A.R.S. § 38-863.01, the Highlands Fire District Board adopted the pension funding policy posted below:

The greatest accomplishment by the District this last year was the refinancing of the PSPRS unfunded liability. Throughout this plan you have seen this mentioned several times. It was such a big accomplishment it deserves that much attention, as well as a more detailed explanation for your understanding.

What is unfunded liability and how did it get to be such a big issue? The unfunded liability, simply put, is what each employer has contributed to the fund (cash on hand/ in the bank @ PSPS) plus the investment returns from PSPRS minus what that employers liability is to paying retired employees plus estimated cash needed for future pensions (looking decades into the future). This has always been a component of the system, but became a very big issue for many cities, towns, and districts with this unfunded liability increasing from 2008 until the present for a few different reasons.

The PSPRS Board of Trustees gives several reasons for the fund’s problems. The 2008 financial market crash greatly reduced the value of PSPRS assets. Additionally, until 2016, the Pension Benefit Increase (PBI) formula used was financially unsustainable. When PSPRS produced a positive return greater than 9%, retirees received a PBI. This was basically using one-time money for compounding, permanent ongoing benefits for retirees. This caused the system to lose more money. Arizona voters passed a 2016 proposition that changed this formula to make it more sustainable. PSPRS lost two lawsuits that were filed in response to pension reforms where judges ruled that states can’t change a person’s retirement benefits after their hiring. The unfunded portion of PSPRS grew to about a quarter of a billion dollars, which negatively impacted cities, towns, and districts unfunded liabilities. The assumed earnings rate calculated by PSPRS has decreased over past years, causing more of a gap. These major causes, along with some minor ones, contributed to the situation all PSPRS employers find themselves in.

The PSPRS unfunded liability for Highlands Fire District at the time of refinancing was $7,251,008.45. Gone unchecked with compounding interest, the payments would have grown from $300,000 annually to the District owing over $1,000,000 in one year at the height of the payments. The leaders of the District started looking at this process early in 2021, since cities and towns were finding success refinancing their unfunded liability through selling Certificates of Participation (C.O.P). SB 1298 was signed into law in April of 2021 allowing fire districts the ability to refinance this debt using C.O.P.’s, as well. We were ready to proceed with the refinancing process once it was passed, and once completed were the third fire district in the state of Arizona to complete this process. The original interest on the unfunded liability was over 7%. The refinance through the C.O.P.’s landed at a new interest rate of 3.6%. This will save the District approximately $6,000,000 over the next 25 years, and ensures the District’s finances will be much more stable in the foreseeable future.